Eskimo: "If I did not know about God and sin, would I go to hell?"

Eskimo: "Then why did you tell me?"
Posted by Stardust at 9:32 AM No comments: 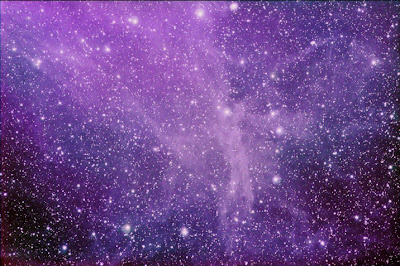 Explanation: The combined light of the stars of the Milky Way are reflected by this cosmic dust cloud that soars some 300 light-years above the plane of our Galaxy. Dubbed the Angel Nebula by astronomer Steve Mandel's 13 year old son, the dusty apparition is part of an expansive complex of dim and relatively unexplored diffuse nebulae, traced over large regions seen toward the North and South Galactic poles. Along with the blue tint characteristic of more commonly observed reflection nebulae, the Angel Nebula and other dusty galactic cirrus also produce a faint reddish luminescence, as dust grains convert the Milky Way's invisible ultraviolet radiation to visible red light. Spanning 3x4 degrees on the sky in the constellation Ursa Major, this wide-angle, high-resolution image was recorded as part of the Unexplored Nebula Project.

Is it worship? Or disturbing the peace?

If Christians believe their god can hear even silent prayers, then why is there need for this kind of disturbance to others?

If a rock band was practicing at someone's house, I would bet that most of the congregation members of this church would be demanding someone be arrested if the noise didn't stop. Just because it's religion, it's ok to be ignorant to everyone in the neighborhood?

MASSILLON, Ohio - Is it worship? Or disturbing the peace?

Neighbors of Worshippers of Christ the Warrior King Church have petitioned the city, saying screams and sounds of glory and praise coming from the building are a nuisance. But church members contend they're being harassed because of how they worship.

"Sunday morning is God's day of worship," the Rev. Troy Sowell said. "I'm not going to tell this congregation, 'You're being too loud.'"

Sowell says he's open to finding a solution but is not going to forfeit his right to worship God.

Police responded to noise complaints three consecutive days during a revival last year, after the congregation moved in.

"They have a sound system over there that is very loud," said neighbor Reginald Winters. "I'm in my house with the door shut, and literally, my windows are vibrating in my house. ... This year, it's started right back up."

The church closed its doors and windows, but the complaints have continued, said Jerena Copeland, associate pastor.

Sowell said light bulbs have been stolen from the building and beer bottles have been wedged beneath the tires of members' vehicles.

"I'm still hoping for an amicable, diplomatic solution," said Williams, an ordained minister and the son of a pastor.

The Garden of Love 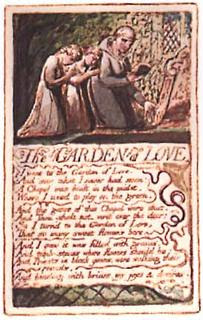 This poem by William Blake expresses what religion does to human beings. I have seen religion cause so much division, so much unnecessary unhappiness and negativity in humans toward themselves, and towards other people who do not share their beliefs.

I went to the Garden of Love,
And saw what I never had seen,
A Chapel was built in the midst,
Where I used to play on the green.

And the gates of this Chapel were shut,
And “Thou shalt not” writ over the door.
So I turn’d to the Garden of Love,
That so many sweet flowers bore.

And I saw that was filled with graves,
And tombstones where flowers should be,
And Priests in black gowns, were walking their rounds,
And binding with briars, my hopes and desires.

The Reason to Fight

Here is a video by American soldier, drakeblackhorn who provides very clear and excellent reasons to keep up the good fight for humanism and reason. Music by Bad Religion, “Faith Alone”. [Ed note: Click the pause button in order to pause video to read each section if you need to. It’s a pain, but if you don’t use the pause, it moves too fast for some.]

Posted by Stardust at 7:38 AM No comments:

Quoting Bible passage is "get out of jail free" card

Another violation of separation between church and state! And how the hell does quoting memorized Bible verses prove that someone is a good person? Would a person of another religion or would an atheist/agnostic get off so easy?

CINCINNATI - A man arrested on Wednesday for allegedly trying to use a stolen credit card at a drugstore got a break from a judge after passing a sort of Bible quiz.

When Eric Hine appeared in court this morning, his attorney described him as a church-goer, hoping the judge would set a low bond.

He did: all six verses. Some in the courtroom applauded. [BARF!]

Burlew was satisfied and released Hine on a $10,0000 appearance bond, meaning he'll have to pay that amount if he doesn't show up for his next court date.

It really pisses me off that this guy gets caught and arrested for trying to steal from someone, and then be applauded because he can quote from a mythology book! And if he shows for his next court hearing, he doesn’t have to pay a dime.
Posted by Stardust at 3:52 PM 6 comments:

I certainly hope all goes well for Hawking.

Hawking: Weightlessness will be 'bliss'

ORLANDO, Fla. - Astrophysicist Stephen Hawking, who has been confined to a wheelchair for most of his adult life, expects weightlessness to feel like "bliss" when he goes on a "zero-gravity" flight Thursday aboard a refitted jet.

"For someone like me whose muscles don't work very well, it will be bliss to be weightless," Hawking told The Associated Press in an interview Tuesday.

Hawking, 65, who has Lou Gehrig's disease, will be the first person with a disability to fly on the one of the flights offered by Zero Gravity Corp., a space tourism company.

LINK TO FULL STORY
Posted by Stardust at 11:33 AM 2 comments:

Some famous freethinkers . . .from Freedom From Religion Foundation 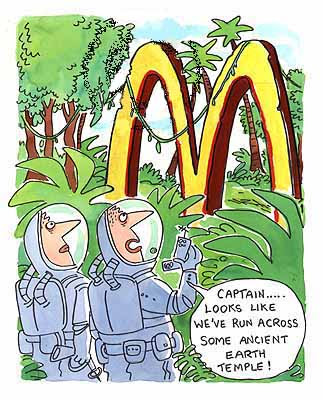 Posted by Stardust at 5:18 PM No comments: