I had to re-read this a few times to make sure it wasn’t satire, but it’s for real.

The Virginia House of Delegates has just passed a bill that supporters hope will keep the Antichrist at bay.

You hear a loud whirring noise, you say? That would be Thomas Jefferson and James Madison spinning like tops in their Virginia graves.

Yes, it’s true. Yesterday House members approved a measure that would prohibit employers and insurance companies from requiring people to implant microchips in their bodies.

. . . according to The Washington Post, there are some fundamentalist Christians out there whose analysis of end-times biblical prophecy leads them to believe that the Antichrist will appear soon and force everyone to accept the “mark of the Beast” in their persons. That “mark,” they think, could easily be the microchip.

The Post reports that Del. Mark L. Cole (R –Fredericksburg), the bill’s sponsor, has both privacy and religious concerns. He thinks the microchips could someday be used as the “mark of the beast” described in the Book of Revelation.

I was LMAO at this paragraph:

So let me get this straight: the Antichrist – the personification of Evil itself – is going to show up in America and start imposing the mark of Beast. He rolls through states such California, Kansas and Delaware, but when he gets to the Virginia line, he and his legions of demons just have to stop dead in their sulfurous tracks.

“Sorry, boys,” he’ll say. “Virginia’s got a law that says we can’t mess with the good folks there.”

While this sort of thing isn’t very important since it’s concerning something imaginary that is never going to happen anyway, it is taking time away from important REAL issues like unemployment, education and state budgets.

And as Joseph Conn states:

And most importantly, it does enormous harm when legislators get the idea that it’s perfectly okay for them to enact laws based on religion.

Why Obama’s ‘Faith-Based’ Agenda Must Change

Speaking at the National Prayer Breakfast on February 4, President Barack Obama asserted that his administration has “turned the faith-based initiative around,” implying that his policies represent a sharp break from past practices.

That’s news to me. In fact, from where I’m sitting, the core of Obama’s faith-based initiative looks pretty much identical to the deeply problematic one created by President George W. Bush. A few tweaks on the margins don’t amount to real change.

One year after Obama announced his version of the faith-based office, civil rights and civil liberties groups such as mine are still fighting Bush-era battles over tax funding to religious groups that proselytize, job discrimination on religious grounds in public programs and lack of accountability. It’s disheartening.

I, like Barry Lynn, am growing impatient with Obama for “leaving the odious Bush faith-based scheme in place unchanged.” And I stand by Barry Lynn when he says:

Mr. President, this is not “change,” and I am losing “hope.” Please set your “faith-based” house in order. Shut down the Faith-based Council and issue executive orders and regulations clearly banning hiring bias and proselytizing by faith-based groups that take public funds. 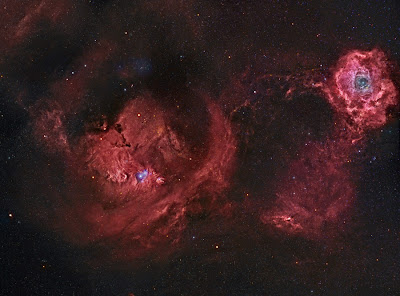 Explanation: What surrounds the florid Rosette nebula? To better picture this area of the sky, the famous flowery emission nebula on the far right has been captured recently in a deep and dramatic wide field image that features several other sky highlights. Designated NGC 2237, the center of the Rosette nebula is populated by the bright blue stars of open cluster NGC 2244, whose winds and energetic light are evacuating the nebula's center. Below the famous flower, a symbol of Valentine's Day, is a column of dust and gas that appears like a rose's stem but extends hundreds of light years. Across the above image, the bright blue star just left and below the center is called S Monocerotis. The star is part of the open cluster of stars labelled NGC 2264 and known as the Snowflake cluster. To the right of S Mon is a dark pointy featured called the Cone nebula, a nebula likely shaped by winds flowing out a massive star obscured by dust. To the left of S Mon is the Fox Fur nebula, a tumultuous region created by the rapidly evolving Snowflake cluster. The Rosette region, at about 5,000 light years distant, is about twice as far away as the region surrounding S Mon. The entire field can be seen with a small telescope toward the constellation of the Unicorn (Monoceros).

Posted by Stardust at 3:39 PM No comments:

We take this too much for granted nowadays 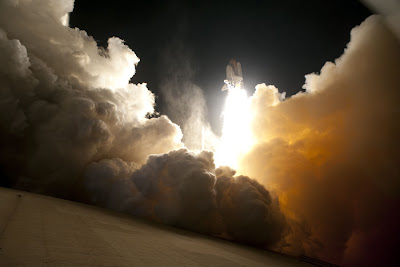 Explanation: Sometimes, the space shuttle launches at night. Pictured above, the space shuttle Endeavour lifted off in yesterday's early morning hours from Launch Pad 39A in Kennedy Space Center, Florida, USA, bound for the International Space Station (ISS). A night launch, useful for reaching the space station easily during some times of the year, frequently creates vivid launch imagery. The shuttle, as pictured above, is framed by an enormous but typical exhaust plume ejected as the shuttle's powerful rockets began lifting the two million kilogram space bus into Earth orbit. Endeavour's mission, labeled STS-130, includes the delivery of the Tranquility module to the space station. Tranquility will provide extra room for space station astronauts and includes a large circular set of windows designed to bestow vastly improved views of the Earth, the night sky, and the space station itself.

Posted by Stardust at 3:46 PM No comments: 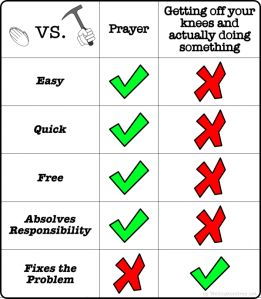 Since I have been a member of a certain semi-private social network website, I can’t tell you how many times I have read “please pray for . . . ” or “we will pray for you”, “we will keep you in our prayers”, etc. Just today someone posted that her little baby grandson is going to be having heart surgery on Friday and requested prayers. A good friend is awaiting a kidney transplant so that she will not die. She requests prayers. The list of comments that follow is quite long with extreme deity invoking that somehow makes my “you’re in my thoughts” seem insufficient. It would be terribly inappropriate for me to say what I want to say….if your god is willing to help you now, then why did he not prevent you from getting these diseases and problems in the first place?

I truly and genuinely care about my god-believing family and friends, and I want to offer support but I always feel that language fails me at such moments, and that I end up not really knowing what to say that sounds as concerned or caring as the magical incantations. There’s often a very fine line between appropriate and offensive which we must be careful of in people’s “time of need”. What we really want to say would be cruel when people are worried, sick and needing their god crutch.

So, what is an appropriate thing for the atheist to say? I try to direct my comments to the doctors and staff, that I am sure they will do all they can for the person who is ill. If a person is going through some sort of life crisis, financial or otherwise, all I can say is “I hope things work out” and that would be the honest truth. There is no way I could ever bring myself to be a hypocrite and write that they are in my prayers or whatever like everyone else.

What should an atheist offer instead of prayers? 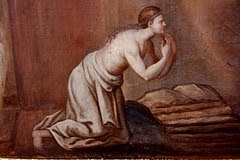 It’s not only the muslims who are into self-flagellation and masochistic acts, many Christians do it too. Many of them love being a martyr for their imaginary friend. And it’s all so utterly unnecessary. When religion isn’t involved when people hurt themselves, they are usually put away in a mental institution for their own protection. When a person hurts himself in the name of religion, they are recommended for “sainthood” instead of the funny farm.

This story caught my eye when browsing the headlines. Respected leader of the Catholic Church, John Paul II used a belt to whip himself:

VATICAN CITY – Pope John Paul II whipped himself with a belt, even on vacation, and slept on the floor as acts of penitence and to bring him closer to Christian perfection, according to a new book by the Polish prelate spearheading his sainthood case.

At a news conference Tuesday, Oder defended John Paul’s practice of self-mortification, which some faithful use to remind them of the suffering of Jesus on the cross.

“It’s an instrument of Christian perfection,” Oder said, responding to questions about how such a practice could be condoned considering Catholic teaching holds that the human body is a gift from God.

In the book, Oder wrote that John Paul frequently denied himself food — especially during the holy season of Lent — and “frequently spent the night on the bare floor,” messing up his bed in the morning so he wouldn’t draw attention to his act of penitence.

“But it wasn’t limited to this. As some members of his close entourage in Poland and in the Vatican were able to hear with their own ears, John Paul flagellated himself. In his armoire, amid all the vestments and hanging on a hanger, was a belt which he used as a whip and which he always brought to Castel Gandolfo,” the papal retreat where John Paul vacationed each summer.

While there had long been rumors that John Paul practiced self-mortification, the book provides the first confirmation and concludes John Paul did so as an example of his faith.

Unbelievable the things humans believe and the things they do based on those beliefs.
Posted by Stardust at 9:20 AM 1 comment: